Who are the Elks?

Elks are American citizens who enjoy living life by contributing to the lives and well-being of those around them. We guide ourselves through life with strong morals and a great love of our fellow man, always adhering to the founding principals of our order: Charity, Justice, Brotherly Love and Fidelity.

The Origin of
the Elks Lodge

The moving spirit for the Elks was an Englishman named Charles Algernon Sidney Vivian. Born October 22, 1842, this son of a clergyman was a successful comic singer and dancer in the music halls of London. In November 1867, Vivian arrived in New York City to try his fortune.

Other actors and entertainers soon gravitated toward his magnetic personality. With everything closed on Sunday because of New York City Blue Laws, a group of theatrical people began meeting for their own amusement under Vivian’s leadership. They called themselves the Jolly Corks.

When one of their members died in 1867, leaving his wife and children destitute, the Jolly Corks decided that in addition to good fellowship, they needed a more enduring organization to serve those in need.

On February 16, 1868, they established the Benevolent and Protective Order of Elks and elected Vivian to lead it. Its social activities and benefit performances increased the popularity of the new Order. Membership grew rapidly. Elks traveling to other cities spread the word of the Brotherhood of Elks. 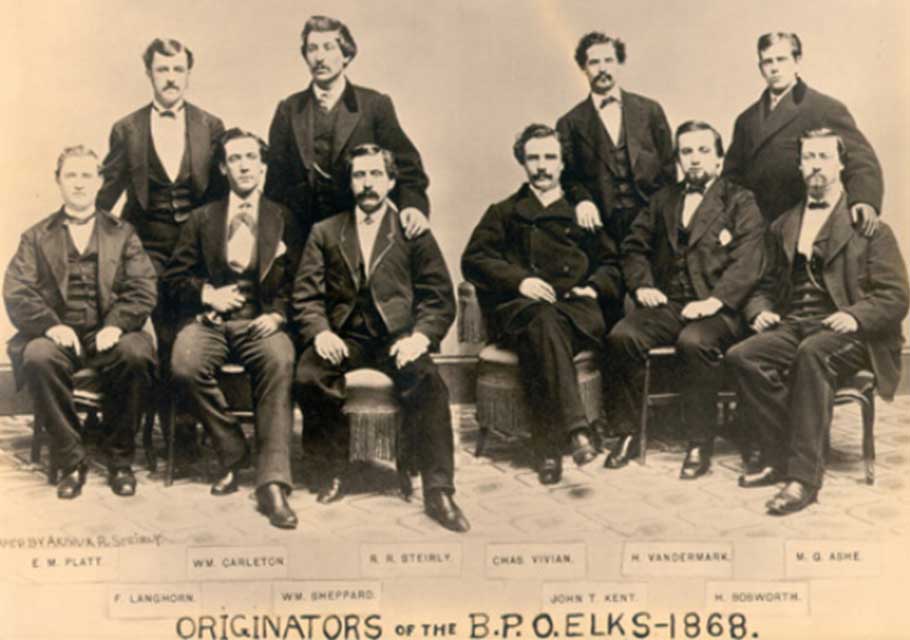 Since inception in 1868, the Benevolent and Protective Order of Elks has grown from a small gathering of people with good deeds in their hearts to the largest fraternal organization in the U.S. With over 800 thousand members, the Elks have contributed more than $3.6 billion in donations for the nation’s youth, veterans, disadvantaged and handicapped, and to individuals and groups in support of patriotic and civic programs.

Each year Elks give more than $80 million in contributions and is one of the largest private providers of college scholarships in the United States. If you amazed at these numbers and wonder why this is not common knowledge, it is because the heart of Elkdom is always humble.

Currently, there are over 2100 active Elk Lodges in the United States, each identified by a number and the name of the city in which the Lodge resides. Here in Hawai‘i we have over 100 years of history and are very proud to be Honolulu Lodge 616.

Learn about our history in hawai‘i