“The Elks is essentially an American order, citizenship being an important qualification for membership. . . . The order is a fraternal organization . . [and] aspiring charter members of the Honolulu lodge will doubtless prove no exception to the ‘good time’ methods of this fraternity.” So wrote the Advertiser in April 1901 in reporting the founding of Lodge 616. These two motives – Americanism and fraternity – combining good works and good times – characterize the founding members of Lodge 616.

In 1900, three Elks, initiated on the mainland and residing in Honolulu, were eager to have a lodge in the islands: Francis M. Brooks, Horace F. Craft, and William L. Beswick. None of the 3 served as founding officers, although Brooks served as ER 1902-03. Business later drew Craft and Beswick away from Hawaii.

The first Elk officers reflected the 1900 Hawaii business and government community. The Exalted Ruler and 12 officers were a mix of long-time and new residents. About half were kamaaina – born in the islands, or resident 20+ years. Some had served the Provisional Government and Republic of Hawaii in government positions. Others, like Judge George Gear, arrived when the islands became a U.S. territory. All were strongly in favor of territorial status and saw a future-Hawaii linked to the United States. The new officers, the youngest 26 years old, were predominantly men in their mid-30s and 40s. They were well educated, and mostly married with children. Many had seen service in the Spanish American War. They shared membership in other fraternal groups (Masons, Knights Templar, Foresters), social groups (Pacific Club, University Club, Oahu Country Club), or business groups (Ad Club, Chamber of Commerce, Bar Association).

Dr. Charles Bryant Cooper, Hawaii’s first Exalted Ruler, was born in 1864 in New York state, and educated at Washington University’s Missouri Medical School. He came to Hawaii in 1891, set up a medical practice, and married Katherine McGrew, daughter of Dr. J. S. McGrew, previously Hawaiian Star editor. He served as the Surgeon General for the Provisional Government and Republic of Hawaii. Later he served in the US Army Medical Corps during the Spanish-American War and again during World War I. He was attending physician and consulting surgeon for Queen’s Hospital 1894-1904. Dr. Cooper served on the Board of Health and was a strong advocate for research to discover treatments for Hansen’s disease. His 1904 presentation to a congressional committee brought Hawaii $150,000 [$3,250,000 in 2006] to fund research and facilities.

In addition to his long associations with Elks, Cooper was active as a University of Hawaii regent, in medical associations and boards, social clubs, and Shriners. PER Cooper, holding membership number 1, was made an honorary life member in March 1925. He died on Armistice (Veteran’s) Day, November 11, 1940.

Two of the men, George and Albert Gear, were brothers. Others knew one another as business partners or associates. These founding Elks were “professional men.” Half were lawyers. The first ER was a doctor, and several founders were involved in real estate or insurance. Elks served on the Board of Health, as the Territorial Chief Justice, in the legislature, and as a District Court Judge. They were immigration agents, and trustees for educational and philanthropic groups. For variety, one founder was a some-time zookeeper, another a songwriter. They shaped the Hawaii we know today and yet were transformed by the island spirit. 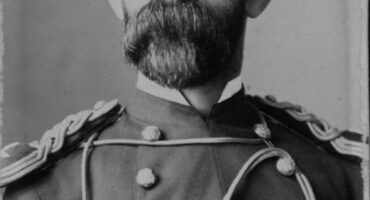