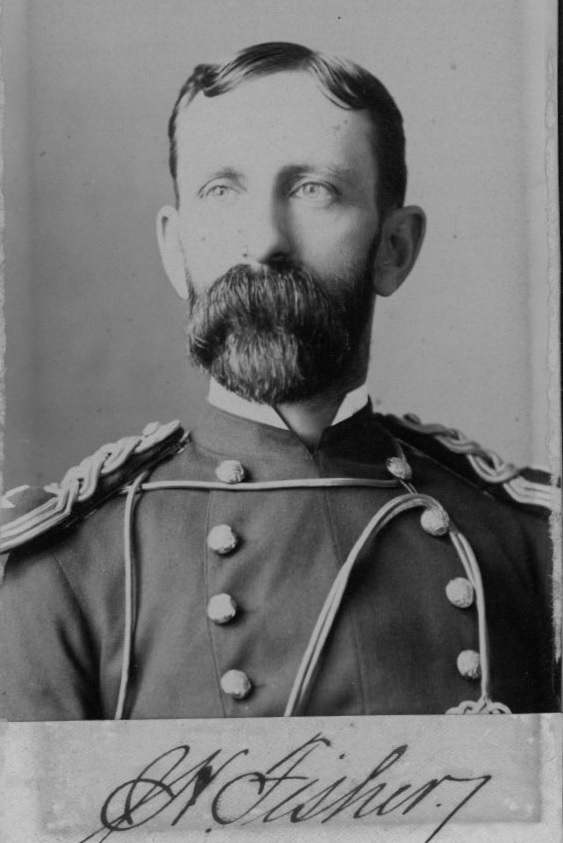 Revolutionaries are seldom accountants, but Joseph Henry Fisher was both. He was a by- the-rules businessman, and a break-the-rules rebel.

First Lecturing Knight (1901) Fisher was a founding member of 616 and carried membership number 4. Born in San Francisco in 1857, he came to the islands to work at Bishop & Co. (now First Hawaiian Bank) in 1883. He was recruited by Bank partner Samuel Damon and steadily advanced. After Charles Reed Bishop sold out to Damon, Fisher bought a partnership in the Bank. After 16 years at Bishop & Co., Fisher left to help organize and manage the Honolulu Stock & Bond Exchange.

He also held other business positions: manager of the Arlington Hotel, and a partnership in his brother Will E. Fisher’s well-known auction house.

Government service was also in his resume: Territorial Auditor 1902-17, National Guard paymaster 1914, and Registrar of Public Lands 1922. One review stated he had “all the mental equipment necessary for the office [of Auditor].”

Like many early Elks, PER Fisher kept memberships in the Ad and Commercial clubs, and the Honolulu Chamber of Commerce. He assisted the forerunner of today’s Hawaii State Library as half of their Finance Committee in the 1890s. His membership in the Hawaii Tuna Club hints at a hobby, but on investigation it appears the Tuna Club promoted big game fishing for tourism. In 1917 they created a flap when most suitable boats went to tourists, leaving local sport fishermen ashore.

The OTHER Joseph H. Fisher was an ardent annexationist, and eventually a revolutionary. Previously a member of the California National Guard, he was an 1883 organizing member of the Honolulu Rifles. The Rifles was a volunteer militia with overtones of a prestigious social group. They stood formal honor guard on the death of Queen Emma (1885), were part of the pressure that obtained the 1887 (Bayonet) Constitution and then upheld it against Robert Wilcox (1889). Although disbanded on Government order in 1890, Honolulu Rifles was reconstituted during the 1893 revolution at the request of the Committee of Safety and helped suppress the 1895 attempt to restore the monarchy. Fisher served first with the Provisional Government, then with the Republic’s troops (1894). Col. Fisher resigned in 1899, prior to the merging of the Republic’s troops with the US National Guard.

Queen Liliuokalani gave Fisher mixed reviews in Hawaii’s Story by Hawaii’s Queen. She recounts that in 1895 after her arrest by Marshall Brown, she was delivered “into the custody of Colonel Fisher. … Col. Fisher spoke very kindly as he left me …” In recalling her trial for “misprision of treason” she includes Fisher in the Military Commission members sitting in judgment upon her. She called them unfit for the task: “young men – none of them names of any prominence or responsibility in the community.”

1898: annexationists reached their goal – Hawaii was a Territory. Reality required adjustments from expectation. Thousands of US military troops in temporary camps impacted the community. Measles and typhoid (from poorly made privies) threatened to spread to the community. Soldiers put their worst foot forward when off-duty. Drunken young men raided gardens, broke into houses, and fought each other, citizens, and local police. Among their infractions was hijacking the carriage of one J. H. Fisher!

Fisher became ER in 1904, serving quietly and not attaining any higher office. PER Fisher apparently didn’t create many waves – as an Elk.