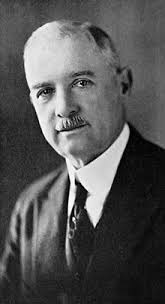 PER McCarthy, Boston born 1861, spent his early business life in San Francisco with a fruit wholesaler. He came to Honolulu, March 1881, representing the firm and began community work as a volunteer fireman, then in 1890, joined the legislature’s House of Nobles. He was the Legislature’s secretary in 1892.

During the revolution, Jan. 16, 1893, royalist McCarthy arrived unarmed thinking to aid defense of Aliiolani Hale. Nearly alone, he later admitted he expected others to be armed: “I just had my police whistle.” The press labeled him “a one man army.” His actions caused Sanford Dole May 1893 to issue an arrest order in case of attack on the provisional government.

Post-1893, McCarthy took to drink … as proprietor of the Criterion Saloon. He operated the bar and wholesaled spirits and cigars in the 1900s. He returned to government as Territorial Senator, 1907-11; Board of Harbor Commissioners 1911-18; elected Treasurer of Honolulu 1912-14, and Treasurer of the Territory 1914-18.

President Woodrow Wilson appointed McCarthy Governor June 1918. Elks 616 sent flowers to his swearing-in, but with World War I food restrictions did not have a banquet.

Gov. McCarthy served during a less contentious time than Gov.-Elk Pinkham. Pinkham dealt with privations and initial stress of World War I and enforcing territorial liquor prohibition. McCarthy’s term did include the military draft but the war ended, the 19th Amendment gave women the vote, Hawaiian Homes Commission formed, University of Hawaii organized, and Duke Kahanamoku won an Olympic medal.

McCarthy instituted purchasing Liliuokalani’s home, Washington Place, as the Governor’s residence as a form of memorial to the Queen. He moved into the house Oct. 1918 and the purchase was completed in 1921.

PER McCarthy, initiated in San Francisco Lodge 3, July 1901, is considered a founding member of 616. Before and after service as ER, he worked on committees, and as 1917 Delegate to the “Grand Lodge Reunion.”

PER McCarthy passed away Nov. 26, 1929. Government offices closed; flags flew at half-staff. Burial at Diamond Head Cemetery followed a funeral mass at Sacred Hearts Church on Wilder. Pallbearers represented business and government old and new (W. F. Dillingham; Curtis P. Iaukea; Mayor John Wilson). Daughters & Sons of Hawaiian Warriors stood honor guard at the coffin draped with his Warriors’ cloak. It was not the “simple as possible” funeral he’d requested, but it brought together the divergent threads of his life.